Tunisian club Espérance Sportive de Tunis was the biggest spenders in Africa in 2021. ES Tunis is the biggest Tunisian football club and four-time CAF Champions League winners.
Egyptian club Pyramids FC were in the second spot on the list. The Egyptian club is relatively new compared to other names on the list. Formed initially as Al Assiouty Sport in Beni Seuf in 2008, the club has yet to win major titles.
Ahly Tripoli of Libya was the third-biggest spender in 2021. The Tripoli-based club is famous in Libya but hasn’t enjoyed much success at the continental level.
Mamelodi Sundowns FC of South Africa is one of the three clubs not belonging to North Africa on the list. The South African have won seven of the last nine domestic titles in their country.
In the fifth spot, RS Berkane from Morocco hasn’t enjoyed much success on the domestic front in their history. However, the club is the two-time winner of the CAF Confederation Cup.
USM Algeria is the biggest spenders in the country. They were the sixth biggest spenders across the continent while Al Hilal of Sudan occupied the seventh spot.
Future FC, formerly Coca Cola Club, is in the eighth spot on the back of recent investments from new owners. The club earned a promotion to the 2021-22 Egyptian Premier League for the first time in their history.
Tanzanian club Simba SC is ninth on the list. The club is arguably the biggest in the country and is also considered a giant in East African football.
Moroccan giants Wydad complete the top ten. The Moroccan club is a popular name in African football, and it won the domestic title in 2021-22. 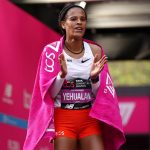 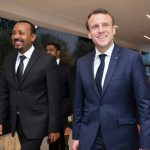