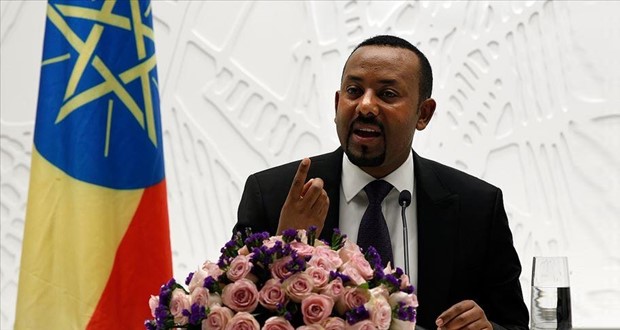 The Oromo protest in 2014-2016 didn’t achieve any momentum until it was joined by Amhara protest by dismantling the wall TPLF built dividing Ethiopians by ethnic lines and hate falsified propaganda.

The Ethiopian people from all the corner of the country waged a long peaceful struggle against TPLF led EPRDF for 27 years. Many people scarified their life, hundreds thousands imprisoned, so many left their motherland and migrated to all over the world. Despite that, the resistance by all sector of the society of Ethiopians continued until it was hijacked by Oromo elites with in EPRDF and Diasporas. The struggle led to dismantling TPLF from Central power while the Oromo elites  with in EPRDF worked hands in glove with the diasporas Oromo intellectuals and professionals with a new ideology called “Orummuma” or “Oromo First”  instead of transitioning Ethiopia towards  Democratic governance  where all citizens right treated fairly and equally.

Majority of Ethiopians were mystified by the sweet Ethiopianist speech made by those “leaders” with in EPRDF (Lemma Megersa and Abiy Ahmed) who made themselves the transitional leaders in 2018. Unlike the previous regimes  (TPLF led EPRDF or Dergue Socialist state) which outlines their agenda clearly by identifying their aim and opponents, the” Orommuma” leaders   covered  their hidden agenda in sweet language which hypnotised millions while they lay down the foundation of “Oromumma” in Ethiopia. The Oromo politicians with EPRDF (former OPDO) and the Diasporas Oromo elites organised several conferences and meeting notably in 2016 in London and Atlanta to draw the blueprint of Oromumma in Ethiopia. The aim was to establish Oromo dominated Ethiopia or if that failed to establish independent Oromia as new country by dismantling Ethiopia.

The Oromo protest in 2014-2016 didn’t achieve any momentum until it was joined by Amhara protest by dismantling the wall TPLF built dividing Ethiopians by ethnic lines and hate falsified propaganda. The Gonder Youth declared, protested and sacrificed their life by declaring “Oromo’s blood is mine, do not kill Oromo Ethiopians”. This sparked the whole fire all over the country that led to TPLF led EPRDF to kneel down, the then prime minister Hailamriam Desalegne to resign.  Unfortunately the well prepared Orommuma advocates tricked the Amhara Nation Democratic movement representatives in EPRDF to gain the main power from TPLF.  Following that, they built their base by inviting OLF with its army to Ethiopia including the hate propagating OMN without any restrain. These led to nationwide mass killing, displacement in the South, East, Central Ethiopia especially on Orthodox Christians, Amhara ethnic members and minorities.

Many Ethiopians trusted the speech made by those who called themselves as “transitional leaders” and gave them support despite knowing they were part and parcel of EPRDF which brutally ruled Ethiopia for 27 years.  Those yesteryears child solders of TPLF, spying for TPLF against Ethiopians and later tuned to be politicians, assumed the power position to promote Oromumua in practice while preaching Ethiopianist speech which deceived millions of Ethiopians.

They invited every Oromo opposition from all over the world, strengthened thier Oromumua ideological position in Unisom. They only fail apart with some key figures like Jawar, Bekele and some OLF members for position of power but not the way they are heading and leading Ormumuma.

While Abiy Ahmed make illusionary speech tranquilizing the Ethiopian unionist through his “Great Ethiopia” speech, his friends lay down the foundation of Oromumma on the ground without making noises. They rooted out almost all TPLF important positions and replaced by Orommuma supporters. The vital security, military and intelligence fail to Oromo nationalists, while remnants post was given to the remaining. Addis Ababa which comprises all ethnic members of Ethiopia, which are majority speaking Amharic, also got its share from Oromumua leaders. Abiy gave the mayorship position contrary to the law for his comrade Oromumua first advocates Takele Umma and later to Adanceh. Both changed the city administration, land, business and economic and political structure to Oromo domination.  In today’s Ethiopia, if you visit the prison institutions, all solders are Oromo, if you go to sub city administration, the airport, banks etc all are Oromo. The condominium housing project also Oromised.

Here is vital hallmark a transitional larders or regime should have done but none.

Even though Abiy and his friends proclaim Prosperity Party as non ethnic party overtly, the truth is it is party structure to bring clear Oromumma in Ethiopia with all its might, teeth and tongue.

The military wing of Orommuma is waging savage war on innocent Ethiopians principally Amhara and orthodox Christians to clean/clear from the land they claim TPLF draw a map and created a federal state called Oromia. This military wing is fully resourced by the regional, federal government of Oromia state and the Central government defence forces covertly.  The savage killing, displacement is so cruel that it is inhuman and animalistic. The killers will not in future be a good citizens but mass murderers and sadist who will terrorise the nation they want to create.  It is so sad to see cities  like Addis Ababa, Harar, Dirdawa, Jimma, Assela, Hawassa, Shashemene, etc are not able to come out and say “no killing to  Amhara or other ethnic Ethiopians”.  It is not because the dwellers of these city and town don’t care to do such, but the Oromumma administration frustrated and refused such a call.

The spiritual wing of Oromumua, under the cover of protestant Christian religion, controlled most of the churches in Ethiopia and Diasporas to preach Abiy’s regime as from divine Almighty God and influencing their followers to follow or not oppose the Abiy Regime. He organised in Diasporas different Ethiopian groups to be led by such people for whole purpose of support to Abiy’s regime. The Orthodox Church is divided and made weak. The Oromumma leaders intentionally created animosity between Tigray and Amahra Ethiopians so they will rule without any united force to confront them.

The secret records from their meeting from the “president of Oromia federal state” Shimeles Abidssa is clear tell tale sign.  “Convince or Confuse them”, “We played well and won the political gambling”; “Amhara getting down while Oromo getting up” and” we broke those Neftegnas in place they broke us 150 years ago”, how the new Property party is organized to achieve Orumumua target. The poison to wage hate and war among Amhara and Orommo Ethiopian preached by sweet Amhargna in social media by Taye Denda of Prosperity party propagandist shows how Orommuma is conducting its business.

The chief magician Abiy is not only Oromumua believer and enabler, he is also delusional power monger megalomaniac dangerous man. He deluded himself from child hood as being the next king, and he firmly believed in it and he was able to get the power ladder by hook or crook. Now he has been not tolerating anyone which will cross this delusional power beliefs let it be his friends, or enemies.  He will only forcefully react only when his power is under significant risk. That is what we have seen his reaction to his comrades like Jawar and Bekele, the TPLF, and others prominent human right activist and journalist Eskinder Nega who clearly able to identify the oromumua mission early before any one and confronted him peacefully. When Ethiopians are killed, displaced, cities burnt by the Orommuma military wing, he is not there even to denounce the action.

Many Ethiopians still trust Abiy Ahmed due to his natural charm, speech and exceptional public  approach while he is actually taking their country out from their hand and handing over to the Oromumua and he stay on power and fulfil his “prophesied vision/dream”.

The success of any leader or regime is measured on it its outcome.

Those who still believe Abiy is genuine leader who is not able to achieve what he says because of the TPLF, OLF, Egypt, Sudan, the West, or bad people in Prosperity party have to open their eyes and look, open their ears and listen and clear their nostrils and smell the air in Ethiopia.  Ethiopians are crying, dying, starved, imprisoned, displaced, raped; our country’s sovereignty is displaced as non-other time.

Abiy and his regime for last 3 years ruined Ethiopians life by significant margin; the states of Ethiopia goes from worse to worst. Mass killing, displacement, ethnic cleansing, genocide by armed gangs supported by the state is a daily routine. Ethiopia is no more safe.   The number of people killed in the last 3 years are more than people killed in 27 years of TPLF led EPRDF brutal regime. Inter-ethnic relations and religious conflicts worsened. Ethiopia is heading to disaster and nationwide civil war. Abiy, the chief engineer is driving the train towards hell.   The despotic Oromumma leader is continuing to deceive Ethiopians.

Ethiopians of all walk of life, ethnicity, age, position, religion, ability, status, gender, political party……we are losing our country.  The Oromumua movement (Oromo first) is disintegrating the social fabric of our society and our country. Abiy is driving a fast train which is heading to great valley hill where there is no return or repair but collapse.  Ethiopians who love your mother, father, son, daughter, sister, brother, aunt, uncle, grandfather or mother, cousins, friends; open your eyes, we are to lose our country.

We need urgently to talk to each other, have a stand on Oromumma and save our country from disintegration.  Ethiopians urgently need to organise to save their own country.

We need to talk among ourselves, cooperate and bring an alternative power that will take over from Abiy and his cliques before he crashes our country! 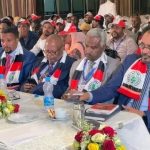