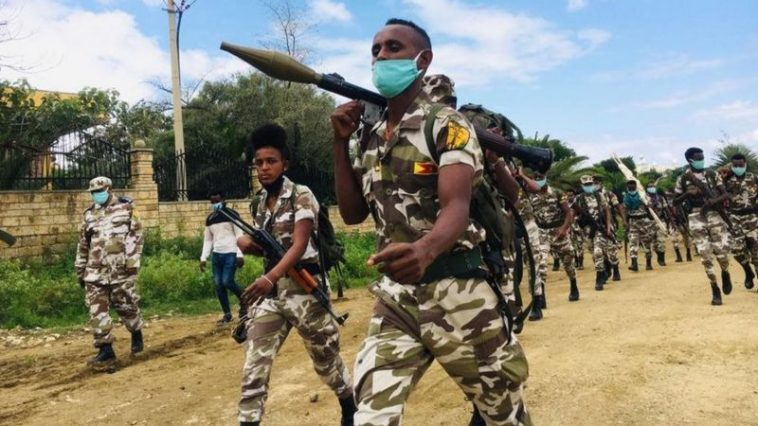 The ongoing Tigray conflict has been described by some observers as a case of déjà vu and an impending balkanization that must be addressed before it is too late. The East African country is on the verge of devolving into chaos, and recent events are stark reminders that the two major warring parties, the Tigrayan People’s Liberation Front (TPLF) and Ethiopian federal government, and their allies, must heed calls for peace before plunging the continent’s second-most populous country into another Libya-like state.

The battle began on 4 November 2020 when Abiy Ahmed, Ethiopia’s prime minister, ordered military operations in the Tigray region. He claimed he did so in retaliation to an attack by TPLF rebels on an Ethiopian military base. The reaction came after months of feuding between the TPLF leadership and the Abiy-led central government.

The country has been under a federal government since 1994, with various ethnic groups overseeing the affairs of ten regions. The TPLF was instrumental in operating this system. It led the coalition that ruled Ethiopia after the exit of the military regime in 1991. The four-party coalition brought many positive developments and stability to the country, but there were mounting worries about human rights violations and opposition suppression.

This would then turn into a protest, which led to a major reshuffle that made Abiy Ahmed the current prime minister in 2018. Abiy was only in power for a short time but made significant changes that earned him both national and international accolades, including a Nobel Peace Prize in 2019. His liberal politics and radical reform programs helped end the long-running territorial dispute with Eritrea.

While his popularity grew because of these great accomplishments, key Tigrayan government leaders felt like they were left out and that he was trying to centralize power. In September 2020, Tigray held its regional election against the central government’s decision to postpone national elections and this escalated the discontent.

In its reaction, the central government cut off funding to Tigray, which the region’s government saw as a “declaration of war”. Unfortunately, what started out as a political fight has now evolved into a continuous conflict claiming thousands of lives and displacing others.

Recently, as the TPLF rebel forces and their supporters drew closer to the capital, Prime Minister Abiy Ahmed went to the frontlines and promised to lead Ethiopian troops into battle himself, saying, “we won’t give in until we bury the enemy.”

In response, TPLF spokesman, Getachew Reda, accused Abiy’s leadership of having a “chokehold on our people” and promised to continue the rebels’ “inexorable advance.” Both parties’ ego-driven adamance explains why the conflict continues to wreak havoc on Africa’s second-most populated country.

According to a joint investigation by the Ethiopian Human Rights Commission and the UN High Commission for Human Rights, all parties in the conflicts have committed breaches that can amount to war crimes.

Though it’s hard to say exactly how bad the economic and humanitarian consequences will be, there is clear evidence that the downturns are very bad. Thousands have lost their lives, many of which are children who died of starvation, all in just a little over a year. In addition, it has made the refugee crisis in East Africa even worse. Over 60,000 people have left the country, and about two million people are internally displaced.

Immigration Advice Service correspondent gathered from Mereja.com that over a million Amhara civilians and an unknown number of Tigrayan have been displaced. Mereja.com editors blamed the crisis on the power struggle between Abiy’s party, OPDO (newly branded as Oromia Prosperity Party), and TPLF.

“The civil war’s effect on the economy is catastrophic in both Amhara and Tigray regions. Both the ruling party (Oromia Prosperity aka OPDO, which was created by TPLF as a puppet Oromo nationalist group) and TPLF are responsible for the devastation. PM Abiy Ahmed, a protégé of Getachew Assefa, the former head of Ethiopia’s notorious security agency under the TPLF regime, is fomenting and instigating hatred between the Amhara and Tigrayan ethnic groups. TPLF leaders are acting like zombies. Both the Abiy Ahmed regime and TPLF are committing unspeakable human rights atrocities.”

Human rights and refugee rights abuses, including appalling gender-based violence against women and girls, have reportedly occurred. Additionally, millions of people in the Tigray, Amhara, and Afar regions are said to be in desperate need of humanitarian assistance. The much-needed relief has been arriving very slowly to the victims. In August, the US international aid agency accused Abiy’s administration of “obstructing” access to Tigray during a period when food houses were “virtually empty.”

“This scarcity is not due to a lack of food, but because of the Ethiopian government’s obstruction of humanitarian assistance and personnel, including land convoys and air access,” USAID Administrator Samantha Power said.

This explains why the country is witnessing its worst famine-like situation in decades. Despite the fact that the first humanitarian convoy in over a month arrived in the Tigray region, it is estimated that 100 trucks are still required daily to meet the present local population’s most basic needs.

There have been calls from the continental and intercontinental international community for both sides to toll the line of peace, but neither side is willing to adhere. Abiy’s body language looks like there is suspicion that the international community wants to get rid of him as his administration called foreign governments’ efforts as meddling. Also, following their recent advances, the TPLF and its Tigray Defense Forces (TDF) seem to see no reason to negotiate.

The United States and the European Union had suspended aid to Ethiopia in an attempt to bring the crisis to an end, but the restrictions have been lifted to allow for fruitful dialogue. At the continental level, the African Union has also been attempting to resolve the problem diplomatically. Eritrea, an unusual ally to the Ethiopian government, is very involved in the crisis, with their officials and institutions playing destabilizing roles. The US has sanctioned Eritrea’s military for its involvement in the crisis.

“Eritrea’s Isaias Afwerki is fully engaged in the civil war by backing Abiy. He is after settling a score against TPLF, whom he believes have betrayed and humiliated him after he helped them come to power 30 years ago,” says Mereja.com.

Abiy’s transition from international acclaim to condemnation has been lightning fast, as has Ethiopia’s transformation from a peaceful, progressive state to a war-torn country. Ethiopia is Africa’s pride due to its strong sense of independence and freedom as the continent’s only uncolonized country, along with recent economic progress and political changes. Many countries in the horn and throughout the continent turn to it for leadership. Its very ambitious developmental policies have also been referred to as a model for other countries to emulate.

Unfortunately, the war has had serious negative effects on the country’s economy and has thrown it off course. It now suffers some of the worst humanitarian problems, like famine. There are fears that the country is quickly becoming a Libya of East Africa, especially as the two countries have similar growth and conflict-induced fall.

Just like Ethiopia, Libya was one of the fastest-growing economies in Africa for many years and was among the richest countries in Africa until the uprising that led to a civil war and subsequently international military invention in 2011. Today, the once-prosperous North African country is a shell of its former self, a socioeconomic retarded state rife with modern slavery and human trafficking.

The Tigray conflict could be compared to Eritrea’s brutal independence fight from Ethiopia three decades ago, especially as the fighting follows a similar dimension. Thousands of Eritrean military and civilians died in the self-determination struggle, which lasted from 1961 to 1991. There were also several other human and economic costs.

Given the zeal with which both sides have fought the civil war and the victories achieved thus far on both sides, compromise from either side may appear to their supporters as a show of weakness. However, considering the carnage that has already occurred and the impending chaos, compromise should be a display of strength at this time. The post-military coup circumstances in neighboring Sudan, as well as the seemingly endless humanitarian crises in Somalia, have already put too much strain on the Horn of Africa, and adding the Tigray conflict to the mix will be too much for the region’s teeming civilian population to sustain.

It is past time for elites from both sides of the issue to sit down at the negotiating table and reach an agreement for prosperity’s sake. The talks should go beyond just achieving a ceasefire; they should also include reconciling conflicting historical narratives, formulating mutually beneficial power-sharing arrangements at the regional and central levels, and resolving territorial disputes and grievances that are fueling the self-determination crisis.

Olusegun Akinfenwa is a correspondent for Immigration Advice Service, a law firm based in the United Kingdom and offering immigration services globally, including the United States citizenship and immigration application process. Most of his work revolves around spreading awareness about the harsh socio-political realities confronting African society, with a view to bringing lasting solutions to them. 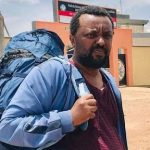 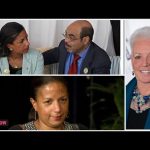